During a vicious battle with the wolf-king Caradog, two Roman centurions fall victim to the werewolf’s bite. Now, as werewolves, Lucius and Canisius are cursed to relive the legendary feud between the wolf-brothers Romulus and Remus. As their hostility grows, a war erupts that will not only decide the fate of the Roman Empire, but also threatens to claim the life of the woman they both love.

Read more about the team and the making of the book from Bleeding Cool! 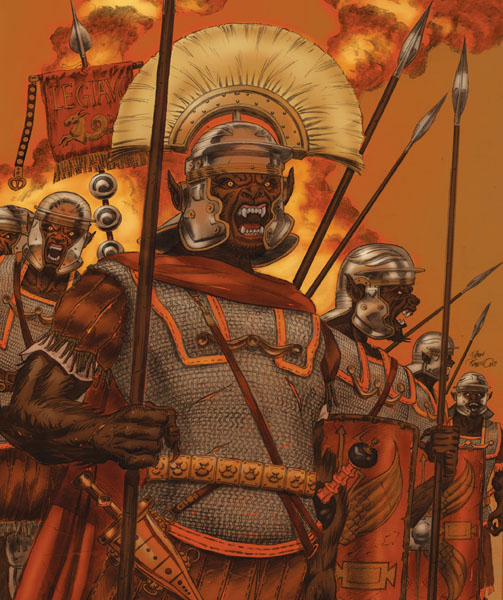 “Writer/creator Michael Kogge and artist Dan Parsons have mingled fantasy and history in a way that would do Robert E. Howard proud!” –Roy Thomas, Conan the Barbarian comics

“Empire of the Wolf is an amazing comic . . . a wonderful piece of historical fiction with some rather brilliant art.”–Mathias Lewis, SpeakGeekyToMe.com

“Michael Kogge has a great facility with words and a wild unfettered imagination.”
–Tom Veitch, Star Wars: Dark Empire and The Light and Darkness War

“I don’t know if Kogge has any plans for a sequel, but if he does . . . sign me up.”
–Darren Casey, ZacharyMule.com

This is merely a sprinkling of the 2015 Geekie Awards entries! Posting work on our website is optional to entrants. (Judging is based on a separate submission system.)