The creators who enter The Geekie Awards inspire us daily with their hard work, dedication to craft and passion for what they do.

Our mission is to help give creators that needed boost by getting your work seen; giving you the confidence to go out there and promote, as award winners, as nominees, or as artists who have just freshly entered this year’s show; and to inspire the industries we represent. (See more about awards & perks here!)
As part of this effort, we bring you the Creator Spotlight Series! Aiming a spotlight on those who are already shining bright.

After a 2013 Geekie Awards win and feature on The Big Bang Theory, Ken Pisani’s original sci-fi graphic novelCOLONUSdebuted in the award-winning anthology

View all of our 2013 Comic Book Nominees

Oh, Hell creator George Wassil took center stage at Denver Comic Con this past weekend, publicizing his award-winning book. George was also featured on Krypton Radio’s ‘The Event Horizon’ podcast as a special guest. Listen to the interviewhere. The creative team has been collaborating in the development of several feature film scripts… will we see an Oh, Hell movie?!

When Eric Powell and Dark Horse Comics teamed up to kickstart a film based on the award-winning comic book The Goon, it was a huge success! The Kickstarter page blew our judges away with it’s engaging videos (like the trailer above), interviews and production art. Fingers crossed we’ll be seeing The Goon in theaters soon!

View all of our 2013 Crowdfunding Nominees 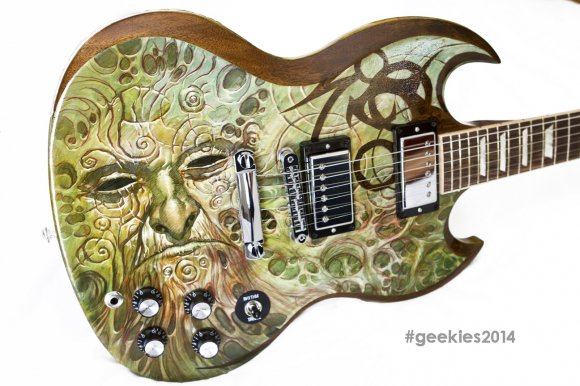